Australian space industry company Myriota has announced a new partnership with Future Fleet International, established to provide more carbon-efficient transport and logistics services to a wide range of industries at any location and time.

The outcome of this partnership is the NX-01 device, an intelligent tracking solution that allows Future Fleet’s customers to easily track and monitor their vehicle fleets with the help of Myriota’s Internet of Things (IoT) expertise.

Myriota is an Australian telecommunications company which provides access to low-cost, long-lasting IoT connectivity while eliminating the need for any ground-based stations or other infrastructure.

It was founded in 2015 by Australian-based entrepreneurs Dr. Alex Grand and Dr. Dave Haley, who realised the power of IoT and foresaw how it would revolutionise both industry and technology. Today, the company is based on Lot Fourteen in Adelaide, Australia. Currently, the site is an innovation hub hosting some of the nation’s most well-renowned and emerging technology startup companies, in addition to the headquarters of the Australian Space Agency.

Despite being barely half a decade in the making, Myriota’s achievements are groundbreaking on the national and international stage. In 2019, it was the first Australian company to sign a Statement of Strategic Intent with the Australian Space Agency, etching its name beside fellow industry giants like Boeing and Sitael Australia. In the same year, Myriota partnered with Optus Business in a nation-first effort to provide better remote connectivity through IoT technologies.

Now, the company has taken its next stride by boosting the capabilities of Future Fleet International, an Australian telematics provider which delivers fleet management solutions for transport companies.

On this new partnership, General Manager of Future Fleet International, Richard Saad states, “Our partnership with Myriota provides us with the capability to revolutionize how our customers track and manage their assets – allowing for a more reliable and cost-effective technology across the board”.

In an age which is becoming increasingly contactless as well as technology-driven, this new world-class innovation puts Future Fleet and Myriota at the forefront of vehicle tracking technology.

Estimated to be operational by Q4 of 2020, the NX-01 is a tracking device produced by Future Fleet which will wirelessly collect logistical data from transport vehicles situated anywhere in the world. This data is transmitted directly to Myriota’s small satellites in low-Earth orbit. From there, it is uploaded to the cloud, where it is securely accessed by the customer.

The device itself, which is no larger than a tissue box, boasts a number of useful features: it employs accelerometers and GPS tracking to collect data, is powered by solar technology, and can be accessed using Bluetooth or cables. It’s even weatherproof to a rating of IP67, which is a particularly important consideration given the harsh Australian environment.

Utilising its agile satellite connectivity, the NX-01 complements traditional cellular-based GPS tracking devices, which accounts to be particularly useful in rural and remote areas, where the cellular signal can be frustratingly weak.

This provides numerous downstream benefits for all parties involved. Firstly, the increased efficiency of asset tracking is set to accelerate Future Fleet’s savings by more than 50%, thus boosting productivity of the customer and the sector as a whole.

On the consumer end, the service will be of a higher quality, the battery life will last longer than those of conventional tracking devices, and the constant visibility of assets means greater reliability.

Myriota CEO Alex Grant is particularly driven by the co-benefit of sustainability, stating, “Together, we’re creating an opportunity to not only rapidly advance the capabilities of the transport and logistics sector at large, but also lower the sector’s carbon footprint through optimised routes and reduced fuel consumption.”

Playing to the strengths of the Australian space industry

The Australian Civil Space Strategy outlines several national priorities for the space sector over the next decade, and the collaboration between Myriota and Future Fleet addresses two of these priorities: Communications technologies and services, and Position, navigation and timing.

This is a prime example of how the emerging Australian space industry enables collaboration and forward-thinking.

Australia has long been recognised as a world leader in space applications, and particularly in satellite technology. Because of the lack of an overarching national space agency prior to 2018, many companies in the sector realised that the most direct, achievable, and economically viable way to ‘do space’ was through the research and development of satellite technology and services.

Myriota’s IoT capabilities, in tandem with Future Fleet’s wide range of clients, provides efficient solutions for Australians as well as the global market. But even more than that, the partnership is an example of what can be achieved when two innovative companies join forces. 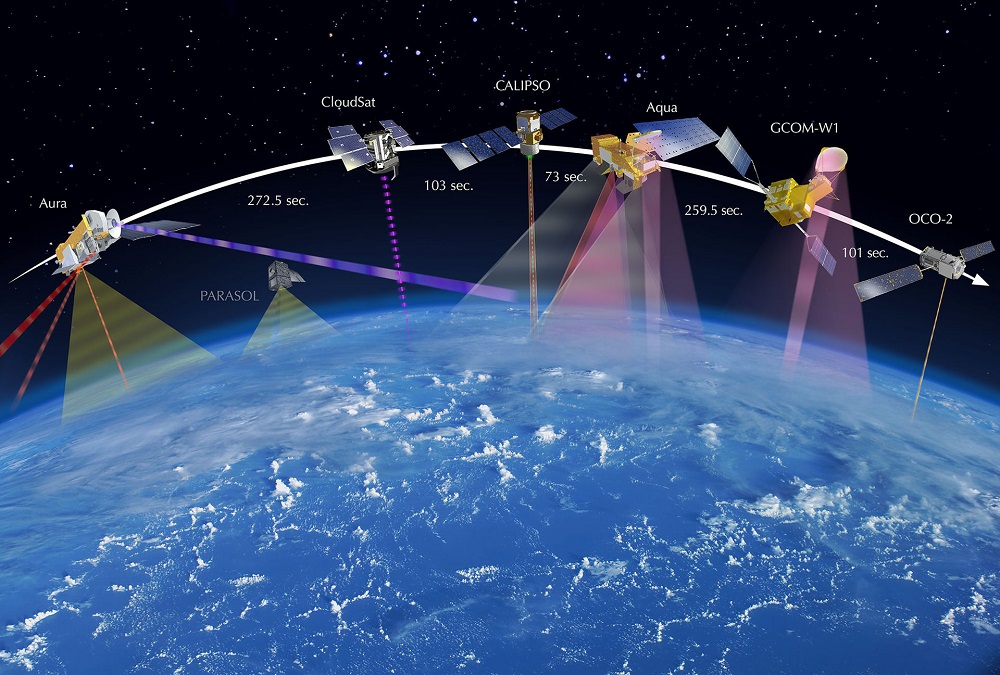 How do geographic information systems depend on space?