As the European Conference on Space Debris kicks off this week, a team of optics researchers based in Australia with colleagues in the US and Japan have created an artificial star in the effort to remove junk from our orbit... with lasers!

Cutting through the "Twinkle"

The innovation uses a visible laser beamed into the night sky to create a “fake star” which can be used to measure light distortion between Earth and space. The light distortion or “twinkle effect” is caused by the turbulence of the Earth's atmosphere and when accounted for in astrophotography and science imaging, can drastically improve the quality and resolution, as if they were taken from space.

In terms of its impact on tidying up our orbit, this “laser guide star” is intended to work in tandem with more powerful infrared laser beams (invisible to our eyes) which can precisely “nudge” space junk into a safer trajectory and/or towards disintegration in Earth's atmosphere.

There is close to a trillion dollars of infrastructure in orbit, delivering services to the global population on a daily basis and Governments around the world have steered heavily into protecting space-based assets and the services they provide.

“Space debris is a major societal threat, globally but especially in Australia due to our heavy economic dependence on space assets.” said CEO of EOS, Dr. Ben Greene.

He spoke about Australia as having the scale of platform and weather instrumental in choosing this site to operate. The Company’s test site at Mount Stromlo is also a Satellite Laser Ranging (SLR) facility operated under contract by EOS, managed by Geoscience Australia and is one of a global network of approximately 42 SLR stations.

“EOS progressively researched and developed the required technologies until, in 2014, we initiated an international collaboration (SERC) to accelerate the final stages. This research has recently concluded as planned and expected, and the remote manipulation of suitable objects in space can now be undertaken.” Dr Greene commented.

“Without adaptive optics, a telescope sees an object in space like a blob of light, this is because our atmosphere distorts the light travelling between the Earth and those objects,” said lead researcher from ANU, Professor Celine D’Orgeville.

“But with adaptive optics, these objects become easier to see, and their images become a lot sharper.”

Adaptive Optics seeks to improve optical systems by understanding atmospheric distortions mathematically to remove interference from signal processing. Specifically it works by measuring the distortion from a wavefront and compensating for it with a device that corrects those errors, like a mirror whose surface can be deformed.

If the deformable mirror shape can be controlled by computers, faster than the speed and cadence of the wave, turbulence can be “corrected for” in real-time. The effect on image processing from telescopes is that the images obtained may look as if taken from outside Earth’s atmosphere. The additional speed and resolution gained from this technique can be used to track objects with greater precision.

“This includes small, human-made objects like weather and communication satellites, or space junk. That's why this development is such an important breakthrough when it comes to our efforts to clear our night skies of the ever-increasing clutter of space debris,” said Dr D’Orgeville.

How big is the problem with space junk?

Space Junk is a major problem that is only getting worse. The number of human-made objects orbiting the Earth is increasing rapidly according to the European Space Agency (ESA) and NASA describes Lower Earth Orbit as an “orbital space junk yard”.

Space agencies around the world and their partners have been tracking pieces of space junk in various orbits from the size of about 1cm through to a double decker bus, some of which are travelling at speeds of over 28,000 km/h. As objects are discovered they are tracked with active assets in that orbit, however, most debris remains unobserved.

Scientists have been discussing a tipping point for some years in terms of an effect of cascading complexity if orbital payloads and debris continue to increase and collide, eventually making some orbits unusable. Some coin this “Kessler Syndrome” or the “Kessler effect” after NASA Scientist Dr Donald J Kessler proposed this theory in 1978.

The debate today is more than theoretical: “Unless something is done to bring in more regulation, space debris could become such a problem that certain low-Earth orbits might become unusable in the not-too-distant future,” said Pascal Lecointe, Space Line underwriter at insurance company Hiscox.

“It’s not just a concern for space operators either. Everyone who uses an internet connection, relies on accurate weather forecasting, or uses a satnav should be concerned in the event of a satellite being knocked out by orbiting debris. Our whole banking system could go down as a result of a space collision,” he said.

Navigating the junkyard in Space

Policy-makers have been slow in their response to this “tragedy of the commons” and there does not appear to be a one-size-fits all solution.

Regulating space debris is challenging due to myriad factors including the cost, complexity and access to technology required to engage in classification and tracking activities, as well as the sheer scale of the issue and lack of equitable ownership or relative priority over other space assets and programs.

Solving the problem comes with another tricky dimension; that any technology capable of removing space junk may potentially be used to remove active satellites from orbit. Operations in this area likely to need a high degree of cooperation and transparency between countries. Significant legal discussion is occurring at The Hague regarding The Artemis Accords put forward by NASA late last year. The articles reference a need for common vision and enhanced principles of governance into the future around space activities and cite orbital debris and registration of space objects as areas of concern.

In the meantime, launches are increasing and the issue of space junk will continue to grow. However, launch partners are proactively limiting their impact with sustainable launch practices; such as developing reusable rocket components capable of traversing Earth's atmosphere whilst avoiding collisions.

In Australia, EOS has been an active participant in the tracking and classification of space debris and maintains a database of space objects. “After international coordination we expect to make a further contribution by actively moving hazardous debris from impact trajectories,” said Dr Greene.

EOS is currently expanding their business and have invested in SpaceLink who signed an MOU with Gilmour Space last week looking to increase capacity for faster information relay between launch-partners, ground stations and LEO.

ANU has also stated that it will also continue to test and develop the technology to encompass communications between Earth and Space.

Expect more announcements this week, as the upcoming 8th European Conference on Space Debris commences on 20th April in Germany (and virtually). Different aspects of space debris research will be covered in a global forum converging the latest results and defining future directions of research. 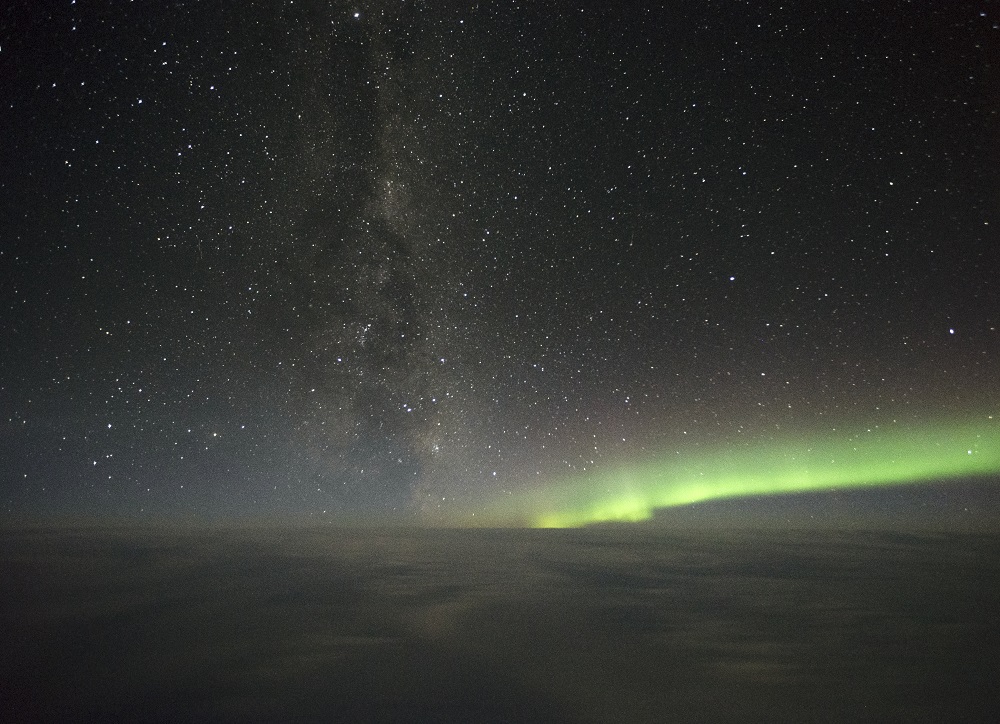