New research, led by Irish astronomers using an Australian telescope, has found evidence of activity in four nearby dwarf stars in our corner of the Milky Way. These noisy neighbours were observed to emit variable radio light, despite being suspiciously quiet at optical wavelengths.

In a collaborative effort across three continents, astrophysicists in Ireland, Australia, and the United States, have tracked down the radio flares from four M dwarf stars using the ASKAP telescope located in Murchison Radio-astronomy Observatory (MRO) in Western Australia, which is owned and operated by Australia’s national science agency, CSIRO.

M dwarf stars are the smallest, yet most common type of star in the Milky Way Galaxy, accounting for roughly 80% of all stars. They are smaller than our Sun, and are much cooler, with surface temperatures between 2,300 to nearly 4,000 degrees Kelvin.

What makes these stars cooler is that they have lower masses and lower gravity, which results in a lower pressure in their cores to squeeze hydrogen atoms together, in the process of nuclear fusion. They emit light in the lower energy optical bands, which is why they are also known as red dwarfs, as their light is dominated by red wavelengths.

This means they burn their fuel a lot slower and last much longer than stars like our Sun, by many orders of magnitudes. In fact, any M dwarfs that were born in the earliest epochs of the Universe, still haven’t finished burning their nuclear fuel and will live well into the Universe’s future; unlike our Sun which will have run through its entire life cycle in around 10 billion years.

But don’t be fooled by their longevity, however, as these stars can be fairly unstable -  unleashing sudden outbursts of energy and radiation - which we can detect using a variety of telescopes. This includes terrestrial radio telescopes, as well as space-based observatories.

Generally, stellar activity produces bursts at a range of frequencies but in the case of these particular stars, this new study found that there was no clear correlation between the radio variability and the optical emission, which the group checked using NASA’s Transiting Exoplanet Survey Satellite (TESS) - an orbiting space-telescope that scans the skies in the optical wavelengths.

“We used the wide field of view of ASKAP to search for radio emission from many M dwarfs,” said Jeremy Rigney, a PhD candidate at the Dublin Institute for Advanced Studies and the first author of the paper. Their search covered a patch of the sky about 20 times the size of the moon and had the unique ability to “align the radio observations with simultaneous optical observations from TESS”.

Activity from our own Sun comes in a variety of shapes and sizes, ranging from subtle changes in radiance over an 11-year cycle to powerful flares that can disrupt global telecommunications. This is due to the dynamical nature of the hot plasma circulating in the Sun’s atmosphere (known as the corona), which interacts with the chaotic magnetic field of our host star, producing sunspots and energetic events like solar flares and coronal mass ejections (CMEs).

Astronomers have been observing and counting sunspots for nearly 400 years, and have noticed that their occurrence increases and decreases over a roughly 11-year period. During the peak of this cycle, the Sun becomes more active and more of these magnetised plasma strands appear above the surface, often producing bright flares that can be seen by all sorts of telescopes.

Here in Australia, radio astronomers have been observing radio waves that are emitted from these kinds of solar activity since 1945, when pioneering scientists like Joseph Pawsey, Ruby Payne-Scott, Lindsay McReady, and John Bolton adapted existing Royal Australian Air Force antennas to make these observations.

These days, our national science infrastructure is much better, including having one of the best radio instruments in the world - ASKAP - a network of 36 highly sensitive radio antennas that can observe extensive swaths of the sky with unprecedented sensitivity and speed. Now, this very same technology is being used to observe this type of stellar activity but on M dwarf stars, located in our local neighbourhood of the Galaxy.

“The goal of this project was to get simultaneous optical and radio observations of a whole group of magnetically active M dwarfs,” said Joshua Pritchard, a PhD candidate at the University of Sydney and co-author of the paper. “Although radio activity is common from this type of star, they are spread out over the sky so most radio telescopes can only point towards one at a time.”

While ASKAP was designed as a survey telescope to map out the entire sky observable from Australia, Rigney and his collaborators were able to schedule two 13-hour observations to study an area of the sky covered by one of the TESS survey regions. “The large field of view of ASKAP and TESS made this a really valuable opportunity to get a large patch of sky covered in radio and optical bands simultaneously,” explained Pritchard.

“We can compare optical emission with simultaneous radio detections to help determine if there is a relation between them,” Rigney said. “For example, we can determine if radio emission occurs during bright flares, or during periods of quiet times on the stars. This allows us to better understand both the characteristics of the star and its surrounding environment.“ Previous multi-wavelength research on M dwarfs has helped astronomers study the energy and physical processes behind these powerful flares.

The group matched the coordinates of the detected outbursts with a catalogue of known M dwarfs that were within 150 light-years of Earth, with Rigney commenting that they found “4 known M dwarfs with simultaneous radio and optical emission. None of these targets had optical flares, however, all had some form of radio activity.”

Most of the flares that we have detected from our local star are mostly harmless to us here on Earth. While this is partially because of our astronomical distance from the Sun, our safety is mostly ensured by the Earth’s magnetic field, which prevents most of the hazardous solar particles from reaching us and our atmosphere, which protects us from the higher-energy solar radiation.

Outside of this safety bubble, humans are at risk of high doses of harmful radiation and this continues to be a challenge for the future of extended human spaceflight. Even the Apollo missions, which sent NASA astronauts to the Moon in the early 1970s, escaped a near disaster when an extreme solar flare event occurred in the weeks between the return of the Apollo 16 crew and the launch of Apollo 17; the astronauts would likely have needed immediate medical attention had they been unprotected on the lunar surface during this event.

“It’s important to know if CME events occur on M dwarfs,” Rigney noted, “if a high energy CME impacts an orbiting exoplanet, it could strip away the atmosphere, preventing life from forming”. Previously a number and certain type of exoplanet, much like the one in the closest star system to Earth, Proxima Centauri (also an M-dwarf star), were thought to be good candidates for potential extraterrestrial life to develop but the observation of regular flares from their host stars made it unlikely for any organic life to survive.

So if M-dwarf stars are the most populous in the Milky Way galaxy, and many of them are hosts to their own exoplanets, the natural assumption that these could all potentially host the conditions in which life may emerge could be potentially misleading. We know that these stars experience a high degree of stellar activity, such as powerful flares, which would impact the atmospheres of these exoplanets, and therefore disrupt the process of evolution by injecting harmful radiation onto the surface.

Astronomers are now starting to take into consideration both the effects and occurrences of these flares from these particular types of stars, helping recalibrate our understanding of where life could potentially form in our galaxy. 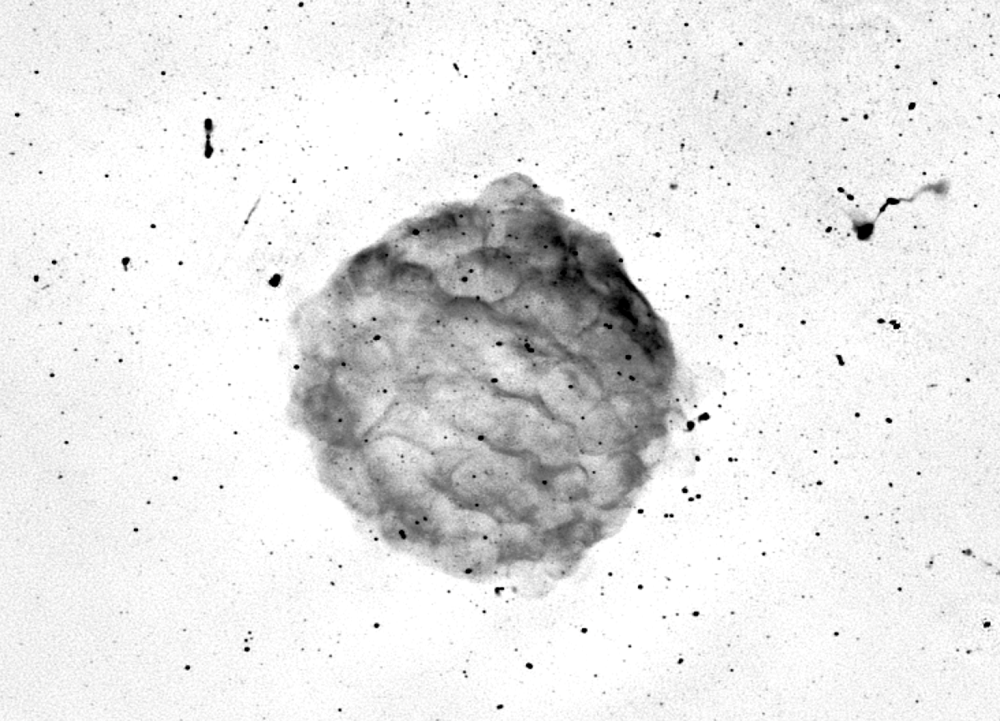 Setonix and ASKAP fire up to image ancient stellar explosion 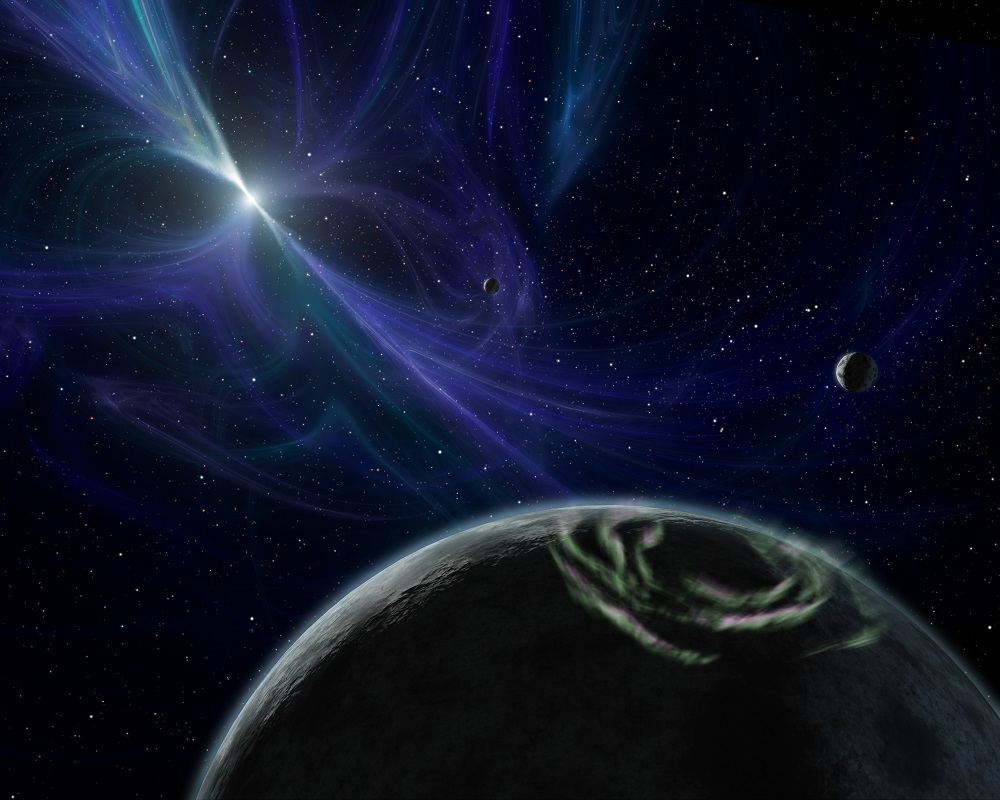