An Australian start-up specialising in satellite-to-satellite imaging has completed an analysis of a piece of previously unknown space junk, and the technology they have developed has the potential to change the way space operators monitor and track their equipment in orbit.

Every now and again some new space technology comes along which is just objectively cool on every level. Recently an Australian company, known as HEO Robotics, photographed and identified a piece of space junk using on-orbit cameras situated on another satellite (and in a higher orbit), and they look set to leave a big mark in the satellite-to-satellite photography business.

Why is this a big deal? Just try to imagine two high-speed racing cars passing each while travelling in opposite directions on a freeway, with a camera mounted on one of the cars, which snaps a photo of the other when both of these are in motion. Not easy, right? Those cars are probably travelling at around 400 kilometres per hour relative to each other and around 10 metres apart at their point of closest approach.

But in space, everything is moving much faster and objects are further apart, making this task more difficult. Instead of a closing speed of 400 kilometres per hour, satellites can bypass each other at 54,000 kilometres per hour. At their closest approach they might still be kilometres, instead of metres, apart (space is really, really big - even the space just outside of Earth's atmosphere). And so, how would one go about identifying a commercially owned asset, like one of the many CubeSats recently launched, or a piece of space junk from the 30,000 or so other pieces polluting the space above our heads? Well, here is where HEO Robotics steps in.

HEO Robotics (the HEO stands for High Earth Orbit) has developed a model in utilising space-based cameras aboard several satellites orbiting at different altitudes, to take snaps of other satellites either below or beside them. Satellites watching satellites. Whilst you might think this is all spy vs. spy material, there is a growing commercial demand for this service. For example, when an organisation (government, military or commercial) first launches their satellite into orbit, a critical 24-hour window kicks off in which the signal from the satellite requires acquisition. Unfortunately, as many organisations have experienced, sometimes things go wrong (the antennas may not open, the power packs might fail, etc.) resulting in no signal acquisition confirmation. The satellite is forever lost, and years of hard work evaporate in seconds. What the HEO Robotics business model does is provide another tool to mitigate such risks, by allowing organisations launching payloads into space to "look" and image for their payload with the cameras of other satellites. This in turn allows a high-resolution image analysis of the payload, to determine what issues are and how to mitigate them.

The Sydney-based company is backed by venture capital funds and high-profile angel investors from around the world, co-founders Dr William Crowe and Dr Hiranya Jayakody have created a company whose mission is to image anything within the Solar system on demand and to help defence, governments, and commercial operators to visually monitor space objects with their proprietary technology.

Or, as Dr William Crowe puts it, they’ve implemented a “no UFO” policy.

The idea behind this is simple – just use cameras that are already in orbit and mounted on Earth-observation satellites during what is otherwise downtime. Customers may be satellite operators, looking to identify or resolve problems with their own spacecraft, or government agencies tasked with the clean-up of space junk from low Earth orbit. The beauty is that this is both a simple idea and it requires virtually no up-front capital yet has the potential to quickly generate revenue for the company.

And they have the market to themselves, at least for now. Satellite-licensing laws in the United States currently prevent American companies from pointing their satellite-mounted cameras where HEO Robotics points its cameras. HEO already have 33 cameras in use, and they are hoping to launch their own cameras to cover gaps in coverage if and when they need to.

In case you’ve been wondering what this technology is like in practice, have a look at the photos of the International Space Station (ISS) in orbit. Keep in mind that these images were taken from a satellite whizzing around the Earth at about 36,000 kilometres per hour relative to the ISS, something that HEO’s image processing software compensates for so that the ISS doesn’t end up looking squashed or smeared in one direction.

The orientation of the ISS is clearly visible, as are the solar panels and the basic structure of the space station. Even much smaller spacecraft such as the Soyuz and Crew Dragon capsules are visible, and by taking pictures at different wavelengths HEO can highlight different parts of the orbiting ISS.

These photos are impressive enough, but what about photographing and identifying a previously unknown object? Does HEO have the capability to do that? You bet they do.

In 2021 a Chinese Long-March 6 rocket launched a payload of nine research satellites into orbit, but unexpectedly a tenth object was tracked as well by the US Space Command. Was this a piece of space junk, or perhaps another satellite? The object was designated Object K, but, until now, there hasn’t been any information about what it is.

“The first thing we aimed to do was to determine whether Object 2021-033K was an additional, unexpected satellite or whether it was debris. Our first imaging mission in 2021 showed that it was clearly a debris object as it had none of the elements that an active satellite would need - solar panels, modules, and so on. Once we had established this, we started to narrow down what kind of debris object it could be,” says HEO Robotics Research Engineer Sam Kirkwood.

Using their proprietary software known as HEO Inspect, HEO Robotics was able to determine that Object K was one-half of the payload fairing from the Long March 6 rocket, an object that should have long since deorbited and burned up in the atmosphere. It is likely that there was a partial failure of one of the explosive bolts on the fairing that left it stranded in orbit and added it to the already overcrowded space in low earth orbit.

That is some pretty impressive analysis for a start-up. And with the company being based on the ideals of space exploration and sustainability, it is something that we can all get on board with. It’s clear that HEO Robotics is going places, yet the company only began to take shape a few years ago.

“The inspiration for HEO Robotics was my PhD research, where I investigated how swarms of spacecraft can be used to explore asteroids,” said Dr Crowe.

“I was amazed at how many asteroids were passing through Earth’s orbit, which opened the possibility of having spacecraft that never left orbit that could perform flyby missions of these asteroids. This would save about a billion dollars per asteroid, so it seemed like a no-brainer to me, but the infrastructure didn't exist yet.”

“We created HEO after the initial frustration of not being able to see these asteroids and then we widened the scope to all objects after realising that hundreds of other space professionals had the same problem.”

Although HEO missions have so far all been in low Earth orbit, they will shortly be heading to higher orbits where communications and weather satellites are typically stationed. That will open up opportunities to visit asteroids whose orbits bring them close to Earth.

“Expansion to higher orbits will be a challenge because we haven't yet started and don't yet know the unknown unknowns. That said, there are lots of reasons why it might be easier, and only a few that might make it harder.”

“And we still have a goal of visiting asteroids… With the right asteroid, a mission could happen in 18-24 months.”

For now, Dr Crowe says that the company intends to keep imaging unknown objects like Object K and publicly releasing their identities. Not only does this fulfill a public need, but it will also allow the company to refine its processes before expanding into higher orbits.

And, says Dr Crowe, “We are scaling our space-based camera network to meet demand and would love companies with Earth Observation payloads in orbit already today, or those launching soon to reach out to us. We also have an option for spacecraft that wouldn't normally have a camera, where we supply one and provide you with another revenue stream when in orbit.”

“Sustainability is huge for us at HEO, as is custodianship. As an Australian company, we take this lesson from Aboriginal culture seriously. The great thing about having a sustainability mindset is that it's incredibly cost-efficient as well.”

More cameras providing the ability to observe more orbits, but all done in a sustainable way. That’s the kind of approach we need to space, and a bit more of that mentality wouldn’t go astray on Earth either. 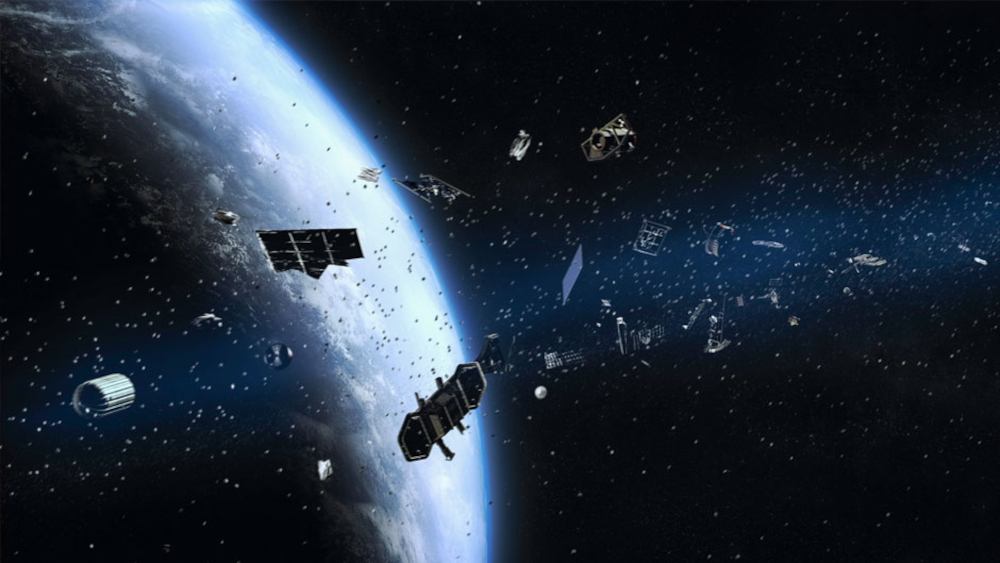 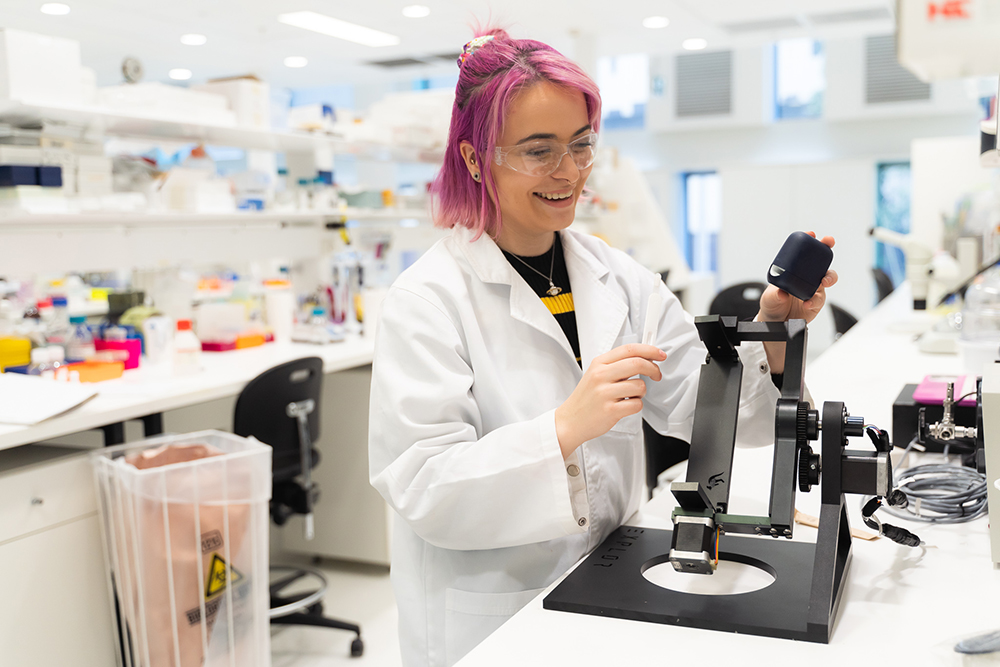 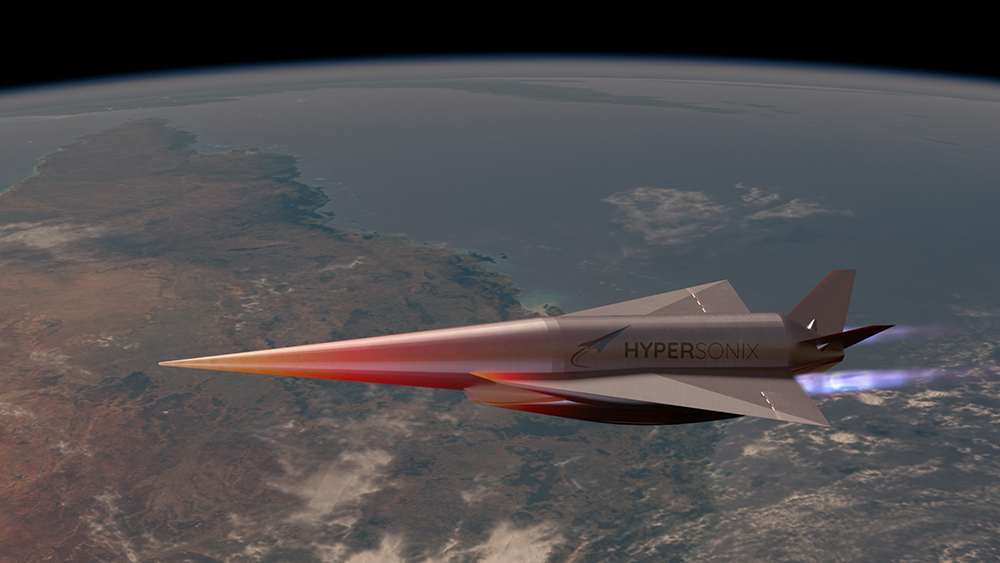